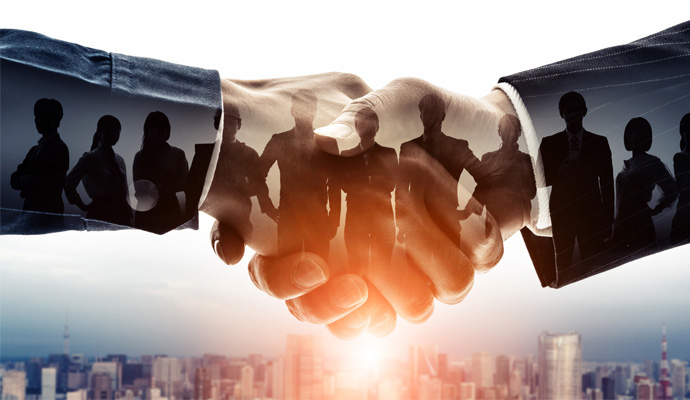 Transactional has become something of a dirty word in the business world. It suggests a short-term, one-off mindset and a commoditized approach to value. Nobody wants transactional relationships with employees, suppliers, or customers. But when it comes to exercising power, understanding power as a transaction may be a leader’s best bet.

That’s because power is something leaders are commonly thought to possess, either by force of personality or by dint of positional authority. The mistaken idea that you are inherently powerful can be extraordinarily seductive—and comes with a variety of leadership pitfalls. Hubris (an exaggerated sense of self-confidence) is one of them. Arrogance (the belief that you are smarter than everyone else) is another. Worst of all is omnipotence—the conviction that you are above the rules. From there, it’s only a short hop to becoming living proof of Lord Acton’s famous line, “Power tends to corrupt, and absolute power corrupts absolutely.”

There are lots of worthy prescriptions for avoiding the pitfalls of power, including servant, humble, and empathic leadership. But they depend on a level of self-awareness and mindfulness that can be difficult to muster on a day-to-day basis. If you struggle with the siren call of power, it might be easier to rethink your view of power than to remake yourself.

Organizational behavior professors Julie Battilana of Harvard Business School and Tiziana Casciaro of the Rotman School of Management offer leaders (and followers) such a reframing in their new book, Power, for All: How It Really Works and Why It’s Everyone’s Business. They do it by tapping power dependence theory, a branch of social exchange theory that was developed starting in the 1960s by Richard Emerson, then a sociologist at the University of Cincinnati.

Like Emerson, Battilana and Casciaro peg power to resources, not people. “Power is the ability to influence the behavior of others,” Casciaro told me in a video interview. “What’s most important is to understand where that ability comes from—it comes from control of the resources that the other party values.” In this view, power is distributed: both leaders and followers have power simply by virtue of having something that the other wants. A CEO, for instance, has access to more resources than a frontline employee. But the frontline employee has power, too; CEOs do not run companies singlehandedly.

Both leaders and followers have power simply by virtue of having something that the other wants.

As Battilana and Casciaro tell it, it’s not your personal or positional power that determines your effectiveness in any given situation. It is your ability to understand what resources the involved parties want and how the resources are distributed—that is, the balance of power. “We find this extremely compelling,” explains Casciaro, “because it brings power relationships—whether they are interpersonal, intergroup, interorganizational, or international—down to four simple factors.”

Taking this a step further, the ability to shift the balance of power within a situation determines your success at exercising power. Battilana and Casciaro find there are several key strategies that support this ability to rebalance power.

If the other party has too many paths to access your resources, consolidation is a key strategy. You try to eliminate or otherwise lessen the alternatives. Employees join unions to limit the alternatives of employers and increase their power.

If the other party has resources you want, withdrawal is a key strategy. You try to reduce your need for the resources. The entire history of automation is a long-term withdrawal strategy.

If you don’t have enough alternatives to the other party’s resources, expansion is a key strategy. You try to find outside options. The rise of outsourcing and offshoring are examples of expansion strategies.

This analysis of power is reductionist to be sure, and there are many codicils to it. One of them is the need to truly understand what the other party values—a dictate that felled President Lyndon Johnson in the 1960s. Johnson was renowned for his mastery of the ways and means of power during his years in the US Senate, but his mastery failed him when he came up against Ho Chi Minh during the Vietnam War.

“Johnson understood completely that you cannot have power over people if you don’t understand what they want, but his understanding was limited to people like him,” says Casciaro. “As president, he was on a global stage and trying to influence people who were profoundly different from him. Johnson was convinced to the very end that if he could get in a room with Ho Chi Minh and study him, he could have figured him out.” Instead, Johnson’s inability to end the war became so unpopular that he chose not to run for president after his first full term.

“It’s a good demonstration of our framework,” adds Casciaro, “because it shows that if you don’t understand the context of the power relationship, you’re not going to be able to navigate it. What’s valued changes with the context, and so does your power.” That’s a reality that should go a long way to keeping leaders at all levels grounded.