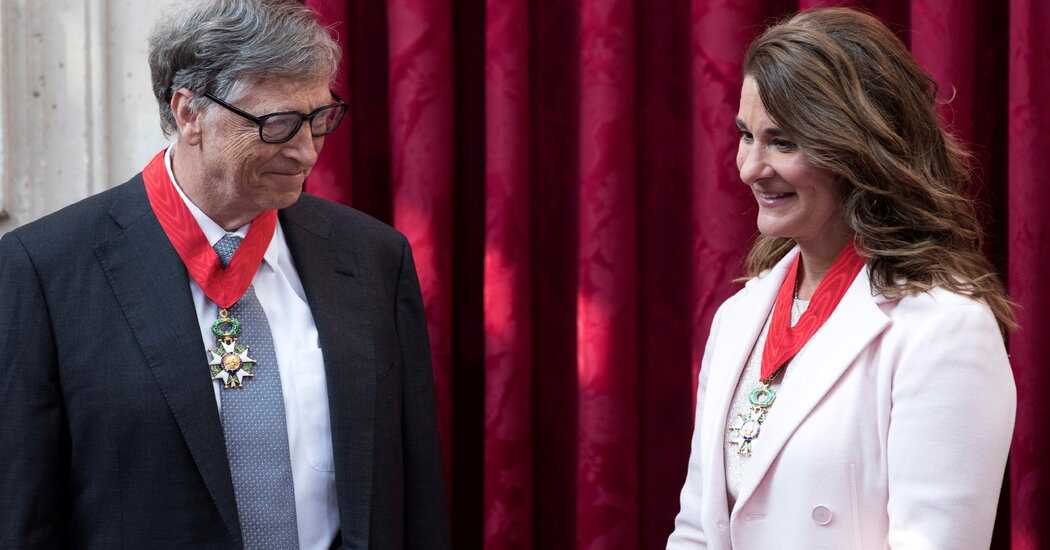 A divorce that could shake up philanthropy

Bill and Melinda Gates are divorcing after 27 years of marriage, raising questions about the fate of their vast fortune. Their split could yield the biggest divorce settlement on record, according to Forbes’s calculations, surpassing the $35 billion breakup of Amazon’s Jeff Bezos and MacKenzie Scott. Given the likely sums involved, what happens with the Gateses’ extensive investments and charity work will be monitored at the highest levels of government, business and the nonprofit sector.

What’s at stake: Mr. Gates is the fourth-richest person in the world, according to Forbes, with wealth estimated at $124 billion. The family is the largest owner of farmland in the U.S. His personal investment firm, Cascade Investment, owns big stakes in assets like the Four Seasons, the Canadian National Railway and the AutoNation chain of car dealerships.

The two have faced relationship struggles in recent years, Andrew, David Gelles and Nick Kulish report in The Times. Mr. Gates stepped down from the boards of Microsoft and Berkshire Hathaway in part to spend more time with his family.

What will happen to the Gates Foundation? The $50 billion nonprofit is one of the biggest philanthropies in the world, giving away about $5 billion each year to causes like global public health and childhood education. Most recently, it was instrumental in forming Covax, the global coronavirus vaccination program. For now, the foundation says little will change in how it is run day to day, but people in its orbit worry that an acrimonious split by its founders could cloud the nonprofit’s plans. “Together they have assured me of their continued commitment to the foundation that they have worked so hard to build together,” the foundation’s chief executive, Mark Suzman, told employees in an email.

Ms. Gates could separately become a big philanthropic force. She has already used her own investment office, Pivotal Ventures, to donate money to causes like women’s economic empowerment, and could use any settlement to amplify her giving to preferred groups. “You could imagine Melinda Gates being a much more progressive giver on her own,” said David Callahan, the founder of Inside Philanthropy. “She’s going to be a major force in philanthropy for decades to come.”

The Tristate area will reopen sooner than expected. The governors of New York, New Jersey and Connecticut said they would ease most Covid-19 capacity limits on businesses starting on May 19, thanks to declining coronavirus case numbers.