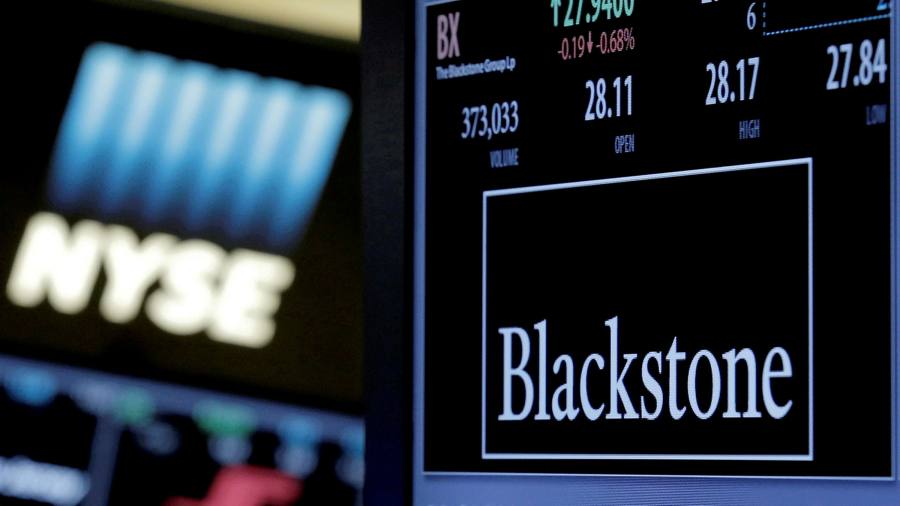 Sign up to myFT Daily Digest to be the first to know about Blackstone Group LP news.

In the world of private equity, there is a time to reap and a time to sow. At Blackstone, the harvest festival has already begun.

The world’s biggest alternative asset manager has taken advantage of the red-hot equity market and rising company valuations to cash out on some of its investments. It sold $19.6bn worth of assets during the second quarter.

That, coupled with a 30 per cent increase in management fees earned, helped Blackstone nearly double its distributable earnings, or the share of profits that could be returned to shareholders, to $1.1bn.

Blackstone is not the only one rushing to crystallise returns. Company sales by buyout groups have already generated $286bn this year, according to data provider Preqin. That is more than the total recorded in each of the past two years. A booming market for initial public offerings and the proliferation of blank-cheque acquisition companies mean there is no shortage of exit channels.

Yet soaring valuations also mean buyout firms themselves are having to stump up for new deals. PE firms paid an average of 13.2 times a company’s ebitda for US leveraged buyouts in 2020, an all-time high, according to Refinitiv.

At Blackstone, assets under management grew more than a fifth to a record $684bn during the second quarter. Although it deployed nearly $24bn last quarter, it is still sitting on close to $130bn of dry powder.

There is no question that Blackstone has had a productive pandemic. But this is already reflected in its share price, which is trading at a record high after gaining 90 per cent over the past year.

This also means going beyond its traditional hunting ground for distressed assets. It is making bets on fast-growing technology, life science companies and real estate.

The question investors should be considering is whether Blackstone may be succumbing to private equity’s traditional vulnerability to market cycles. Selling at the top will do it no good if it invests all the proceeds in equity that plummets when current exuberance evaporates.

If you are a subscriber and would like to receive alerts when Lex articles are published, just click the button “Add to myFT”, which appears at the top of this page above the headline