This year, Robinhood and Coinbase have become the vehicles for a boom in individual investing and speculation, as well as two of the most visible beneficiaries of that boom.

Huge stock trading volumes drove transaction revenue at Robinhood up more than fourfold in the first quarter. The bitcoin bonanza had an even bigger impact on Coinbase, inflating trading volume more than 10-fold and lifting revenue to an astonishing $1.6bn.

Depending on where you stand, this either represents a breakthrough in the empowerment of individual investors, or it’s a bubble that will end badly. Either way, it is not small-time investors who are making a killing from the trading volumes ignited by their own enthusiasm.

By the time the average punter got a chance to buy stock in Coinbase when it went public earlier this year, the crypto exchange was already valued at around $76bn. And Robinhood’s backers are shooting for a $40bn valuation from its upcoming initial public offering. Individual investors trying to crash this party risk getting hurt: Coinbase’s stock is 40 per cent below where it started trading.

The big winners? The elite group of venture capitalists and other private investors who got in early. Andreessen Horowitz alone owned a stake worth more than $11bn when trading in Coinbase started — considerably more than Accel’s $7.7bn stake at the time of Facebook’s IPO, which marked a historic high point for VC.

This sums up the state of the private markets that have come to dominate the financing of the most promising tech companies in their high-growth years. As investment returns have soared, the small circle of really big winners has profited disproportionately.

Venture investing itself has been through something of a revolution as new types of investor have found a way in and far more “growth” capital has become available — so much so that the term “venture capital” itself no long makes much sense.

These players — rather than public market investors — are now reaping big returns. It used to be that only a narrow group of venture firms made healthy profits, with the vast majority badly underperforming the public markets. That has changed.

The average venture fund set up between 2009-2017 has been generating returns of 10 percentage points a year above the S&P 500, according to Steven Kaplan, a professor at the University of Chicago’s Booth business school. This performance is not unprecedented — returns were higher in the mid-1990s. But at that time, venture investing was a far smaller field.

The returns need to be put in context. Investors in start-ups are locked in for years, requiring a premium for illiquidity. Also, the outperformance of the most successful funds distorts the picture. But even the median fund has beaten the S&P 500 by 4-5 percentage points a year.

Even if more funds are reporting good returns these days, one of the truisms of venture investing still holds: The outsized gains are still being shared among a small group of really big winners. Funds in the top quartile still make around 15-20 per cent a year more than those in the second quartile, Kaplan says.

Research he and others conducted recently also shows that the same small group of investment firms keeps coming out on top, year after year.

That is in part a testament to their skills in helping to build companies. The top VCs are more valuable to start-ups for their networks than their cash, helping them bring in top talent and find customers. 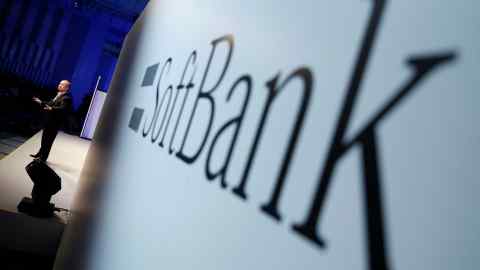 But it is even more the result of a self-reinforcing loop that has entrenched the top firms. Having a big name venture backer like Sequoia Capital or Accel ensures a start-up will be taken seriously. That creates a strong incentive for the most experienced entrepreneurs with the best ideas to seek out the best VC brands. For VCs, it’s all about the quality of “deal flow” — the investment opportunities that walk through the door each morning.

The gravy train probably won’t run forever. Returns from venture investing will almost certainly continue to be highly cyclical, as more capital is drawn in and drives down returns, says Kaplan.

In the meantime, there are big profits to be made from VC portfolios built up over the past decade. As Coinbase and Robinhood show, individual investing may be running rampant — but behind the scenes, the insiders who own the casino always come out on top.