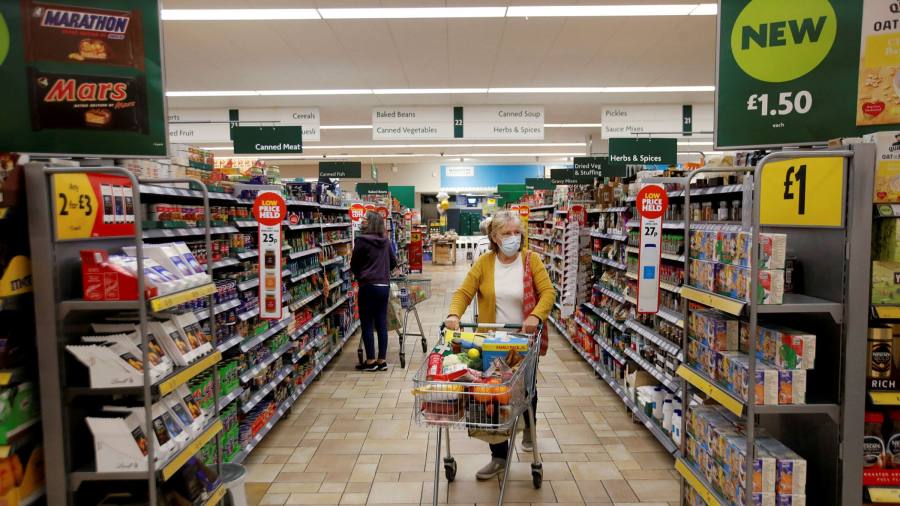 Sign up to myFT Daily Digest to be the first to know about Wm Morrison Supermarkets PLC news.

US private equity group Fortress has increased its offer for the supermarket chain Wm Morrison to nearly £10bn, raising the stakes in a fierce battle for control of one of Britain’s biggest grocers.

SoftBank-owned Fortress hiked its bid just days before a critical deadline for a rival offer from the buyout group Clayton, Dubilier & Rice, a dramatic twist in a deal that could reshape a company that has been listed in London for over 50 years and employs more than 118,000 people.

CD&R has responded asking for more time to consider its options.

Private equity is in the midst of its biggest raid on listed UK businesses in decades, taking advantage of bargain valuations in the wake of Brexit and during the pandemic. The first half of this year saw the fastest pace of PE bids for London-listed companies in 20 years.

TDR Capital and the billionaire brothers Mohsin and Zuber Issa bought rival supermarket chain Asda from Walmart in a £6.8bn deal earlier this year. Listed groups, from the infrastructure company John Laing to the power supplier Aggreko, have been in the industry’s sights.

A buyout of Morrisons, Britain’s fourth-largest supermarket chain, would be the biggest UK private equity deal since KKR bought the pharmacy chain Boots in 2007.

Under the existing timetable for the Morrisons deal, CD&R has until Monday to decide whether to outbid Fortress or walk away.

The retailer’s board is still backing the Fortress proposal, but it has asked the UK’s Takeover Panel to extend the deadline and has postponed a shareholder vote on the deal from August 16 to August 27, in response to a request from CD&R.

The latest Fortress offer is 270p per share plus a 2p per share special dividend, a 7 per cent increase in the previous offer of 252p plus a 2p dividend. It values Morrisons, which traces its roots to a 19th-century Yorkshire market stall, at £9.9bn, made up of £6.7bn in equity and £3.2bn of net debt.

The offer is backed by a unit of Koch Industries and GIC, the Singapore sovereign wealth fund.

Fortress has not previously done large-scale UK deals of this kind, although it has invested in US-based supermarkets Albertsons and Fresh & Easy and bought UK retailer Majestic Wine’s stores for £95m in 2019.

The group’s last bid for Morrisons had secured the backing of the retailer’s board, but it provoked opposition from shareholders.

They did not immediately provide comment on the higher bid. However, JO Hambro has previously said that “any offer for the group approaching 270p per share merits engagement and consideration”.

Under the new deal, Fortress would own 65 per cent of a company set up to own the grocer, with Koch owning 22 per cent and GIC 13 per cent. The Canadian pension fund CPPIB would provide financing through its credit arm but would not own a stake.

The Fortress offer is less likely to attract detailed scrutiny from the UK’s Competition and Markets Authority, whereas a bid from CD&R may trigger an investigation because of the overlap between Morrisons’ petrol stations and those operated by Motor Fuel Group, which CD&R already owns.

This story has been amended to reflect that the increase in the Fortress offer was 7 per cent, not 8 per cent.