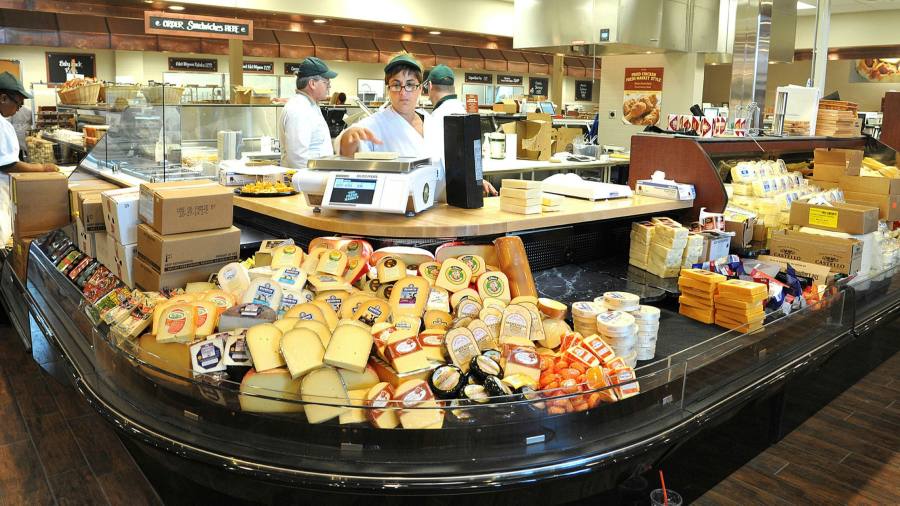 Sign up to myFT Daily Digest to be the first to know about Financial services news.

In the legal mudslinging between Leon Black and a woman with whom he once had an extramarital relationship, a curious third party appears: Goldman Sachs. In legal papers, the Apollo Global Management co-founder and the woman, Guzel Ganieva, agree that the venerable investment bank interviewed her for an entry-level position in 2014 at Black’s behest.

Remarkably, Goldman even gave her face time with two of its most senior dealmakers despite Ganieva’s youth and professional inexperience. Top fee-payers such as Apollo have long had considerable sway with big Wall Street banks. But the power imbalance may be tipping even further.

The occasional favour paid, such as an interview request, may seem harmless. And the typical back-scratching and back-stabbing among Wall Street firms, while unseemly, most often does not cause a legal or public policy issue. But private equity firms now have amassed $3tn in dry powder, according to the data provider Preqin.

The five biggest listed private equity firms are collectively worth more than $250bn. In the mergers and acquisitions market alone, so far in 2021, the proportion of US deals attributable to private equity has jumped to roughly 40 per cent, up from 25 per cent a decade ago, according to Dealogic. Such market power concentrated in a small number of firms is creating ethical challenges for investment banks and even legal ones in some instances.

“They are a complete pain in the ass,” lamented one M&A managing director, referring to his private equity clients. “Financial sponsors”, as bankers refer to them, prove exceptionally demanding. Often a senior banker is at the mercy of a 30-year-old PE vice-president who requests, at all hours, tedious financial analysis or due diligence for immediate reply with nary a “please” or “thank you”.

Bankers labour under the hopes that when a leveraged buyout needs to be financed, a portfolio company prepares an initial public offering or a hot acquisition idea surfaces, the goodwill earned from any grunt work will turn into a juicy fee. The money makes the torture worthwhile.

Among the top 10 fee-payers over a multiyear period at Goldman Sachs, nine would typically be private capital firms and their portfolio companies, according to one top executive. “PE is 25-35 per cent of revenues among a concentrated client set. So they do get attention,” this person said.

“The amount of capital flowing into an industry called private equity or alternatives or sovereign wealth [is growing]. And these entities, these institutions are getting extremely large,” investment banker Ken Moelis said at a recent investor event. “And by the way, I think as a result of 2020, [this] will accelerate because they did not at least report the volatility that the public capital markets did . . . So we’re seeing just a whole new M&A market.”

Private capital, which once just focused on leveraged buyouts, now includes debt, infrastructure and real estate. Investment banks are expanding their businesses to help such firms raise new funds, sell themselves and manage the wealth of newly-minted millionaire employees.

In truth, this group may not enjoy interacting with bankers. “PE firms think of banks as a necessary evil, often helpful but not entirely trustworthy,” says Gustavo Schwed, a New York University professor and former executive at Providence Equity, referring to incentives for banks to push deals that generate their fees.

In a series of recent court fights, the tension between private equity and investment banking has been laid bare. JPMorgan and a group of defendants earlier this summer settled legal claims for $27.5m. These included the allegation that the bank had improperly steered the 2016 auction of The Fresh Market, a billion-dollar grocer, to Apollo.

The Fresh Market shareholders suing JPMorgan learnt in discovery that Apollo had paid $116m in fees to the investment bank between 2014 and 2016 period. They alleged this relationship corrupted JPMorgan’s duty to get the highest price for public shareholders of The Fresh Market. The bank, while resolving its potential liability, did not contribute money to the settlement.

In another case still in progress, the boutique investment bank LionTree has been accused of steering the 2019 sale of Presidio, a technology company, away from one private equity firm, CD&R, to another, BC Partners, in order to curry favour with a third, Apollo, with which LionTree occasionally invested. That shareholder claim has survived a motion to dismiss, and LionTree has denied wrongdoing.

Investment banks, more than anything, traffic in information and deal flow. Even as private equity firms build up their own internal mini-investment banks, Wall Street cannot be so easily disintermediated. “It is a love-hate relationship on both sides,” explains Schwed, the investor turned professor.