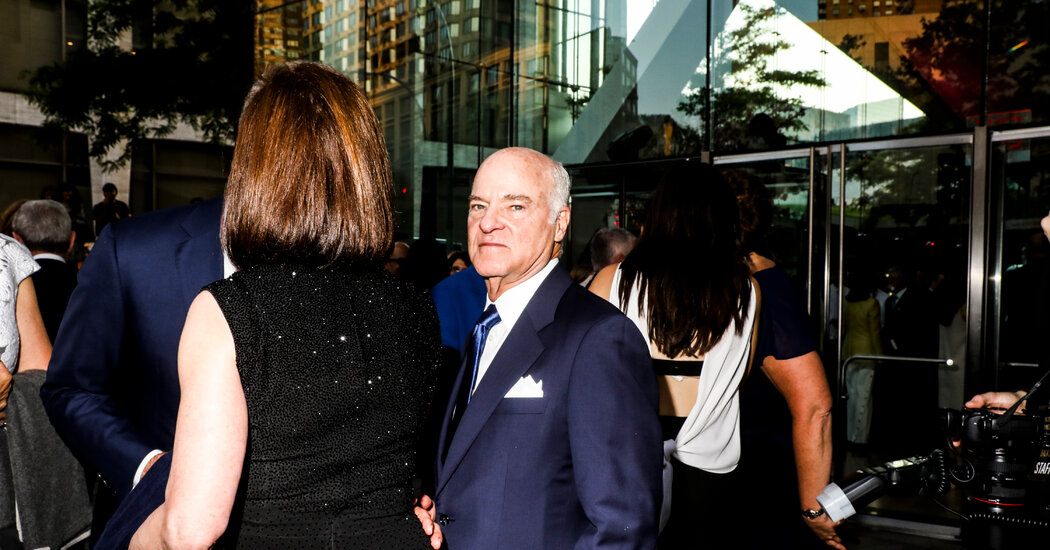 The $4.5 trillion buyout industry “has perfected sleight-of-hand tax-avoidance strategies so aggressive that at least three private equity officials have alerted the Internal Revenue Service to potentially illegal tactics,” according to a new investigation by The Times. These previously unreported whistle-blower claims involved dozens of private equity firms, Jesse Drucker and Danny Hakim report.

I.R.S. audits of private equity firms are “almost nonexistent,” said Michael Desmond, who stepped down this year as the I.R.S.’s chief counsel. The Times reviewed 10 years of annual reports filed by the five largest publicly traded private equity firms, which contained no sign of the firms ever having to pay the I.R.S. extra money.

“If the I.R.S. started staffing up now, it would take them at least a decade to catch up,” said Monte Jackel, a former I.R.S. attorney. Because buyout firms deploy vast webs of partnerships to collect their profits, untangling these structures’ tax liabilities is notoriously tricky for tax inspectors. “They are so grossly overmatched it’s not funny,” Jackel said.

Lawmakers have tried unsuccessfully to make private equity pay more taxes for years, especially when it comes to the so-called carried interest loophole, in which partners treat the money they receive in performance fees as capital gains rather than income. The whistle-blowers’ claims addressed a technique known as a “fee waiver” that results in lower capital gains tax rates applying to recurring management fees as well as performance fees. The Obama administration barred the most aggressive fee waivers, thereby legitimizing the rest.

Is something about to change? After ProPublica’s recent revelation that some of America’s richest men paid little or no federal taxes, the push to tax private equity may gain new momentum. President Biden has proposed enlarging the I.R.S.’s enforcement budget and closing loopholes. Like those before him, his ability to increase private equity’s tax burden will face resistance in the form of the industry’s formidable lobbying operations, which have derailed many past efforts.

The G7 summit ends with a renewed focus on China. President Biden rallied allies to push back more forcefully against Beijing and Moscow. But cracks emerged in the group, including a failure to agree on ending the use of coal and a lack of concrete steps to ban Western participation in forced labor in China.

Tech giants are embroiled in Trump-era subpoenas. Apple disclosed that, in response to Justice Department requests in 2018, it turned over information about users like the former White House counsel Don McGahn and people linked to Democratic members of the House Intelligence Committee. Such responses raise questions about Silicon Valley companies’ stated commitment to customer privacy.

Novavax announces strong results for its Covid-19 vaccine. The small drugmaker, which has received considerable support from the U.S. government, said that its treatment was 90 percent effective in a clinical trial. Its future in the U.S. — which is already awash in vaccines — is unclear, though some experts say it may become an effective booster shot.

An Alzheimer drug’s approval highlights the F.D.A.’s lack of a permanent leader. The agency continues to be led by Dr. Janet Woodcock on an interim basis, a situation that has raised concerns after it approved Biogen’s treatment despite F.D.A. advisers’ criticisms of its efficacy and cost.

A pricey ticket to fly with Jeff Bezos into space. An unidentified winner bid $28 million (plus a $2 million buyer’s commission) to travel on the maiden flight of Bezos’s Blue Origin reusable rocket next month. The winner will fly with Bezos on an 11-minute ride to the edge of space.

There is a marked uptick in antitrust activity by Democratic and Republican officials at the state and federal levels. Competition policy needs an update, many of them say, and in the past week they made forceful moves that could reshape the business landscape, especially for big technology firms.

Lawmakers and regulators are getting creative. A bipartisan group of House lawmakers introduced five sweeping antitrust bills on Friday, all aimed at restraining Big Tech, representing the most aggressive effort to remake antitrust law in a century. If passed — a big if, but the bipartisan nature of the push gives some of the proposals a chance — the bills would make it easier to break up businesses, create new hurdles for mergers and give antitrust enforcers more funds to police companies. This came at the end of a week with noteworthy antimonopoly actions at the state level:

This antitrust push at all levels of government “marks the next phase” in the debate over the future of competition law, Robyn Shapiro, a spokesperson for the progressive nonprofit American Economic Liberties Project, told DealBook. The nonprofit group is launching an “Access to Markets” initiative that connects people with officials to discuss competition concerns. In a new report, A.E.L.P. contends that a few big players abuse their dominance to block competition, resulting in “an insidious form of private regulation.”

Elon Musk proved once more this weekend that he can shift the price of digital currencies with just a tweet, as he suggested Tesla could resume accepting Bitcoin as payment. The price of Bitcoin jumped overnight, bringing it close to $40,000. Other crypto prices went up as well.

Bitcoin would need to become greener first. Tesla said in February it would accept the cryptocurrency for payment, before reversing itself in May over concerns about how much energy is consumed to create new coins and process transactions, tanking the market. (The company continues to own Bitcoin in its corporate treasury.) In a tweet yesterday, Musk said Tesla would reverse course “when there’s confirmation of reasonable (~50%) clean energy usage by miners with positive future trend.”

As many companies prepare for workers to return to the office in earnest after Labor Day, nearly a third have yet to develop any vaccine policy. They want their workers vaccinated, but don’t want to require it. For now, they’re doing everything they can do short of a mandate — and keeping track of the results.

More than a third of employers are tracking employees’ vaccination status, according to a forthcoming survey from Willis Towers Watson. (Last week, Goldman Sachs became one of the first major firms to require employees to disclose their vaccination status.) What are companies doing with this data? For the most part, they’re seeing if their vaccine incentives — like paid time off or on-site clinics — are working.

“Everyone wants cover,” said Dr. Ezekiel Emanuel, the former Obama administration health policy adviser, about employers trying to “avoid controversial decisions.” Dr. Emanuel argued for mandates at his workplace, the University of Pennsylvania, which is one of many universities that now require employees to be vaccinated. Schools have more experience with vaccine mandates, as least as it pertains to students, but that distinction shouldn’t matter for other types of institutions, Dr. Emanuel said. “Goldman has meetings,” he said. “Goldman has people in close proximity to each other.”

A federal judge dismissed a lawsuit by employees of a Houston hospital over its vaccine mandate. The decision this weekend was one of the first in favor of employer-mandated vaccinations. The judge said that the plaintiff could “freely choose to accept or refuse a Covid-19 vaccine,” but if she refuses, “she will simply need to work somewhere else.”