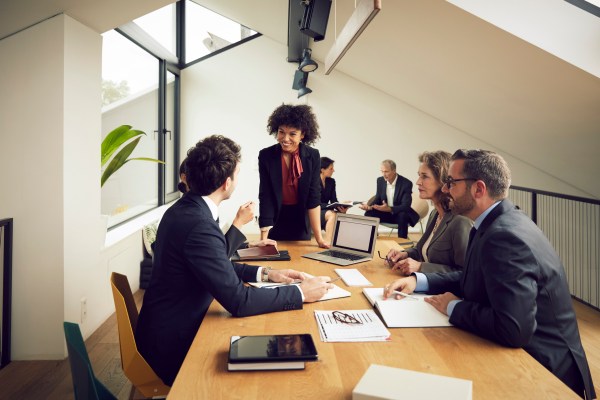 A typical enterprise grapples with hundreds or thousands of agreements, contracts and other legal documents every year, and it usually engages costly legal counsel either inside or outside the company to assess those documents on their behalf. Now, a startup called InCloudCounsel that is part RPA and part BPO — it has built tools to both automate and, in some cases, outsource this work — is announcing a Series B round of $200 million, money that it will be using to meet demand for its services.

Alongside this, the startup is rebranding to Ontra — signifying “getting to the heart of contracts”, according to the startup’s CEO and founder Troy Pospisil.

The round is being led by Blackstone Growth (the growth equity business of the investment giant), with previous backer Battery Ventures and board member Mike Paulus (who previously ran and sold Assurance IQ to Prudential, and before that was an investor with Andreessen Horowitz). Valuation is not being disclosed, but prior to this, in July 2019, the company had raised $40 million in a round led by Battery — a sum that had previously been undisclosed until today.

The company is not talking about its valuation, but as a marker of what kinds of companies Ontra is targeting and working with, Blackstone is a strategic and financial investor in this round: Blackstone MD Paul Morrissey tells me that the firm is a strong user of Ontra’s tech to filter through thousands of NDAs and other contracts that it issues and receives every year, where the technology uses AI techniques like NLP to essentially guard Blackstone’s interests, scanning documents for items that are unusual or might need modifying ahead of being signed, and then passing on those documents to human lawyers for final checks. In all, Ontra is processing some 20,000 NDAs monthly at the moment.

Pospisil said first came up with the idea for Ontra when he was working as an investment specialist at HIG Capital, where he saw how the need to triage large volumes of contracts would slow down deals and other important transactions that the company was making. HIG would have a large legal counsel on board to handle work, but even so it needed to rely on outside organizations also to complement and supplement that.

“Even simple contracts needed to be recorded and catalogued,” he recalled. “We would send these to a law firm, or we might staff up a team, but no one was using any technology to track what they were doing. There was no visibility into what is where, whether data is lost in the process.” This covered long, complex agreements; important contracts and credit agreements, he said. “All these were incredibly complicated.”

It was 2014, and he was living in San Francisco and seeing a lot of interesting business models such as Uber’s emerging that gave him an idea to, in his words, “combine tech and a labor model to solve the problem.”

Ontra’s approach thus encompasses two parts. First, tapping into innovations were happening in the wider world of document management processing, it uses natural language and other algorithmic techniques to speed up the processing of large amounts of documentation faster and more efficiently than a human might do it. You might think of this as akin to a kind of very specialized version of robotic process automation.

That document processing work, in turn, is then handed over to the second part of the Ontra platform, its crowdsourced network of lawyers. Essentially, following the Uber and others’ model of bringing in gig workers to handle jobs on demand, Ontra has amassed a team of legal professionals — typically corporate lawyers — who either provide some hours to Ontra in a side-gig if they are not already working full time, or in some cases as a small way to earn money using their skill at a time when may be doing something else (or, not working at all). Pospisil said that in cases where a company might have their own in-house teams, they might also use Ontra just for the processing side to speed work up, but as a general rule, customers are taking the full package.

Ontra interestingly has not yet come up against legal firms that might see it as competition.

“We were a little worried that we would be considered competition to the law firms, but they really like us,” he said. “They don’t want to be doing this work, either. They are focusing on larger M&A transactions and supporting the company. The world has this weird idea that legal work always needs to be sent to a law firm, but it’s not always efficient to do that, and lawyers are too expensive to do that. It’s not right-sized.”

Morrissey at Blackstone believes that the future lies in continuing to pursue the two sides of the business model, with the lawyer network an important complement to what is at heart a tech company, with more software being added all the time.

“It’s hard to underestimate the tech they have built,” he said, which is partly there in aid of making its network of lawyers much more efficient. “It means Ontra is also improving the workflow for them, with analytics that essentially say ‘focus on this’ and not other things in a contract.” The company also offers a full invoicing platform for the legal market, he said, “similar to the piece Uber has built for consumers so that drivers get paid and don’t have to worry about anything else.”