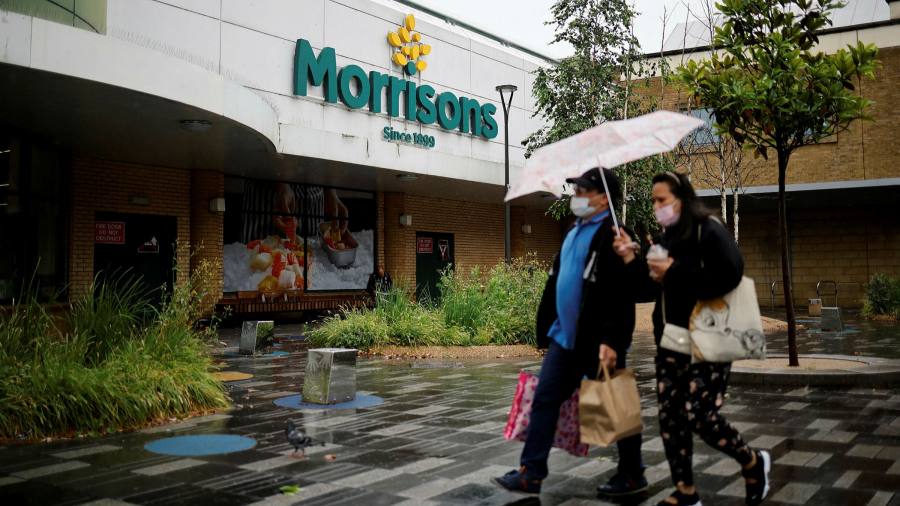 There is little more dangerous in the world of mergers and acquisitions than a politician with a microphone.

Pfizer’s interest in AstraZeneca wasn’t even official in 2014 before the then-shadow business secretary Chuka Umunna grabbed one to warn about “asset stripping” and how any deal would be a bad one for “British industry.” Pfizer’s subsequent bid, advised by Umunna’s now-employer JPMorgan, never really recovered.

There was no such sound and fury on Monday morning after news that US private equity firm Clayton, Dubilier & Rice had approached supermarket chain Wm Morrison about a takeover valued at £8.7bn, including debt.

But the risk is there. A Labour shadow business minister applauded the role of supermarkets during the pandemic, while questioning “dodgy private equity firms”. A household name will only invigorate the Daily Mail’s campaign against buyout “vultures”. That presents a test for all parties in this tentative deal.

If the government wanted to stick its oar in, it almost certainly could. The breadth of the new National Security and Investment Act reflects a generally more sceptical view of foreign takeovers. The ability to manage public health emergencies was last year added as grounds for the government to intervene.

Does that feel likely? Not really, in part because it would squarely align the UK government’s attitude to inward investment with that of France, which blocked a €16bn takeover of Carrefour earlier this year.

And as it stands, there is no bid to concern Morrisons (or the politicians). The board has rejected a 230p-a-share approach as “significantly” undervaluing the chain, deploying typical dealmakers’ boilerplate to knock down the proposal.

But the backdrop means that the board may find itself trying to bridge two — slightly contradictory — lines of attack, particularly if other private equity bids emerge.

The first is that UK boards have rolled over and sold too cheaply in the aftermath of the pandemic. The second is that private equity bidders, in particular, are opportunists who can’t be trusted not to gear up and gut the businesses they buy — implying they might not be acceptable owners at any price.

There is work to be done on price. UK assets have traded at a discount to global markets since 2016, and that has widened sharply since the pandemic.

The valuation, at about 7.5 times the ebitda forecast for the chain’s current financial year, is above the price paid for Asda, and where the sector has recently traded. But Morrisons has generally commanded a premium valuation thanks to its stronger balance sheet. And the private equity group is presumably interested in Morrisons’ freehold stores and integrated supply chain, prized by founder Ken Morrison, as a source of value that the retailer either can’t or won’t fully tap into.

Investors could reasonably ask what management’s own plans are to lift a flatlining share price. In the competitive, low-margin business of UK food retail, Morrisons is behind in important areas such as online and convenience. Supercharging the latter in combination with CD&R’s 900 Motor Fuel Group forecourts may be appealing.

But boards should also be under increasing pressure to sell to good buyers, not just ones with deep pockets. The merits of a sale and leaseback — the idea of which got short shrift from Legal and General on Monday — depend largely on how you spend the proceeds. And their chequered history in UK retail (see Debenhams, see Woolies) does raise legitimate questions over how the buyout industry has done so.

CD&R thinks of itself as towards the industrially minded end of what some might dub the private equity locust scale, and should be expected to explain its plans for the business, just as an industry buyer would. (Competition concerns make a counterbid from another retailer unlikely).

Meanwhile, the board should be asking for guarantees on investment and jobs (and indeed pay, given Morrisons’ commitments to raising rates for its lowest paid staff): Morrisons employs almost 120,000 people, compared with AstraZeneca’s 7,500 seven years ago.

Whether or not the politicians intervene, stakeholder capitalism doesn’t spontaneously evaporate on first contact with an M&A banker.