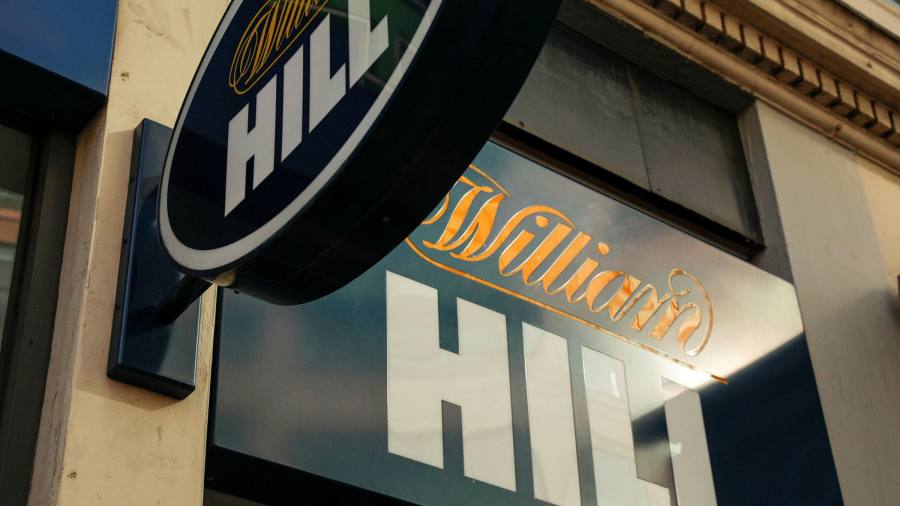 Sign up to myFT Daily Digest to be the first to know about William Hill PLC news.

Online gambling group 888 is to buy William Hill’s international business from Caesars Entertainment in a £2.2bn deal that will see 888 take on the UK bookmaker’s 1,400 betting shops.

The announcement of the acquisition follows a three-way bidding war for William Hill’s UK, European and Latin American assets after the bookmaker was taken private by the US casino company Caesars in a £2.9bn transaction last year.

888 said on Thursday that it believed the deal would create “a global online betting and gaming leader” and would “deliver significant operating efficiencies” including annual pre-tax synergies of at least £100m by 2025.

Itai Pazner, chief executive of 888, described it as “a transformational and hugely exciting moment in 888’s history”.

He said that the inclusion of William Hill’s more than 1,400 betting shops was “part of the attractiveness” and that the group hoped to use the shops as a means to persuade retail customers to sign up online.

“There is demand for retail betting as part of people’s leisure activity . . . I don’t see it going away anytime soon even after Covid and the massive move online,” he added.

A former William Hill executive said that after the group cut more than 800 sites from its retail estate, its betting shops were “less profitable than they were, but they will still be profitable”.

Shares in 888 fell 3 per cent in morning trading in London before marginally improving, although the company’s share price has more than doubled in the past 12 months after increased online gambling during lockdowns led it to report a string of positive results.

888 said the deal would be funded by debt financing of £2.1bn and that it planned to raise £500m from shareholders to pay down the debt.

Normalised to account for the disruption to sport during the pandemic, the combined group’s annual sales and adjusted earnings before interest, tax, depreciation and amortisation last year would have been $2.5bn and $464m, 888 said.

The deal is the latest in a wave of consolidation across the global gambling industry as companies look for scale to buffer against greater regulation and to take advantage of new markets.

The valuation has prompted criticism from former William Hill shareholders who argue that Caesars paid too little for the business. One said that when compared with US rival, DraftKings, William Hill’s US business is worth double what Caesars paid for the whole entity.

When Caesars bought William Hill it said it only wanted the brand’s US business in order to speed up its expansion into the fast growing US sports betting market.

It will keep the William Hill brand in the US on perpetual lease from 888.

CVC pulled out of the race last week.

Apollo had tried to buy the whole of William Hill last year but backed away after Caesar’s threatened to pull a joint venture it runs in the US with the betting group should another bidder successfully buy the company.

Paul Leyland, an analyst at Regulus Partners, said that for 888 while “the strategy is compelling, execution will be the big test, especially since neither company has a great M&A record”.

It is the second time 888 has approached a tie-up with William Hill. In 2016, the company joined up with the casino owner Rank Group to make an offer for the UK bookmaker, a year after William Hill had attempted to buy 888 for £700m.