The UK competition regulator has said private children’s home providers are generating “significant profits” from local authorities for inadequate supply, in a stinging rebuke to the largely private equity-owned sector.

In a report published on Friday, the Competition and Markets Authority raised concerns about high prices, a lack of places at children’s social care homes and excessive profits and debt at their private equity-owned operators.

Local authorities bear the brunt of the cost of children’s care, but three-quarters of children’s homes and two in five fostering households in England are now provided by independent organisations including private groups according to the Local Government Association, the national body for local authorities.

The CMA said there was “evidence of a shortage of appropriate places for children and . . . high prices are often being paid to place them”.

If this market were functioning well, we would not expect to see undersupply and elevated prices and profits persisting over time

The 20 largest providers of children’s homes, fostering services and special residential schools lifted income from local authority fees by 9 per cent to £1.58bn, according to an analysis of reports filed to Companies House between January 2020 and January 2021. Meanwhile, the regulator said children were being let down.

“Vulnerable children rely on these services, but too many are being placed in accommodation that does not meet their needs,” said chief executive Andrea Coscelli. “And despite many placements not being suitable, local authorities, funded by taxpayers, are paying more than they should to provide them.”

The CMA has also questioned debt levels at private equity-owned groups, which Coscelli said were “a real concern due to the effect a firm in financial distress could have on the children in their care”.

Previously, high levels of debt resulted in the collapse of care providers such as Southern Cross, forcing local government to pick up the pieces.

“Some providers are able to earn significant profits, paid for by local authorities,” the CMA said. “If this market were functioning well, we would not expect to see undersupply and elevated prices and profits persisting over time.”

Possible remedies include constraining the level of debt that providers could carry, and establishing national or regional bodies to ensure children have access to appropriate placements, the CMA said.

The LGA said it was “increasingly hearing of harrowing cases where suitable homes cannot be found for children, including those with complex needs, who desperately need help”. 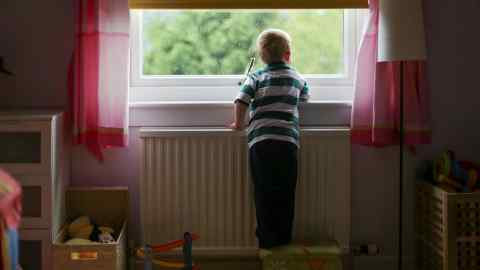 It urged the government “to work with us to urgently address these challenges”, saying that current access to children’s social care was “unacceptable”.

The CMA said it would consider implementing a financial oversight regime for providers in order to reduce the risk that an economic shock could lead to the collapse of care homes.

The regulator is due to publish its final report next March and will provide evidence to an independent government review of children’s social care in England, which is expected to report early next year.