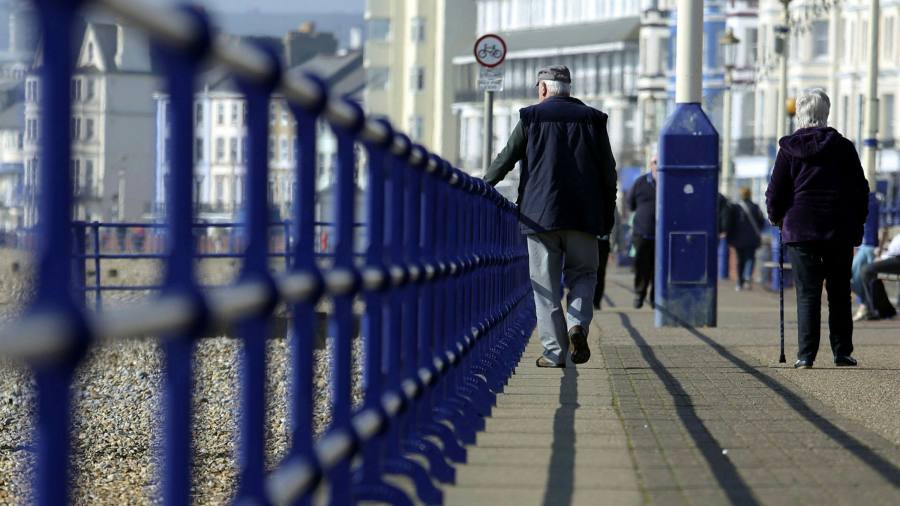 Private equity is back. Back as public enemy number one, that is.

The UK government is facing calls to curb buyout groups’ use of debt, eliminate their tax breaks and improve governance, after a series of takeovers capped by the swoop on grocer Wm Morrison.

While the market was digesting that bid, the government was announcing another plan: to direct more of the nation’s retirement savings into private equity and similar illiquid investments.

Getting everyone a piece of the action is one way to handle what the Daily Mail calls “pandemic predators”, “fat cats” and “vulture capitalists”.

But plans to water down the cap on pension charges smack of weakening consumer protection to accommodate the two and 20 fee structures of alternative managers (while not actually achieving the aim).

The idea of getting pensions money into property, private equity or infrastructure is well chewed over, even in the barely recollectable times before it became part of Building Back Better.

The old world of defined benefit schemes has a long history with private equity: Cinven, say, grew out of the British Coal pension scheme. But those are shifting towards more liquid investments as remaining members near retirement.

Defined contribution schemes, where the individual bears the risk of the size of their retirement pot, are much smaller in aggregate but growing quickly. DC assets grew by 23 per cent in the year to March 2020, whereas DB assets were pretty flat.

Two-thirds of these providers have nothing in investments like private equity in their basic schemes while the remainder have a small slice, most of which is property.

That’s a problem, says the government (and some in the industry): savers are missing out on higher returns and the economy is missing out on long-term capital which could be invested in British infrastructure and British business.

Let’s slide by the debate around whether private equity in fact produces decent risk-adjusted returns compared with public markets.

The government is changing the rules to allow performance fees to be smoothed over five years for default funds in DC schemes, the type that auto-enrolment money goes into. The idea is to accommodate the lumpiness of performance fees without a breach of the 75 basis point cap.

The cap was introduced in 2015 amid concerns about hidden charges and value for money. And it’s worked: average charges are about 48 basis points.

The change, then, could see charges gobble up considerably more of these pension pots, many of which are expected to fall short of providing a comfortable retirement. Investments tied to auto-enrolment should be “as cheap as possible and as transparent as possible”, argues pensions expert John Ralfe.

A more common objection is that the government is effectively sanctioning the industry’s performance fee model. “It’s up to them to come into line with the charge cap, not vice versa” says pensions trustee and former regulator Andrew Warwick-Thompson.

Nest, the largest workplace pension scheme, has said it won’t pay two and 20, while Scottish Widows, BC & E and others have echoed that sentiment.

Private equity is a global industry and, the sector argues, funds can and will raise money in the US or Asia on their preferred terms: only 8 per cent of money in British private equity comes from the UK, says industry group the BVCA.

But it seems odd that the pensions and investments industries can’t find structures that work, especially when the former’s heft is growing fast and the latter is keen to promote its record of doing right by UK business and pensioners.

The government basically acknowledged this, with plans to push consolidation of smaller DC schemes in part because “larger schemes can more easily negotiate fee levels”.

Concerns that the change is a first step are well founded. The real estate and private equity bodies have said 10 year smoothing would be needed to handle performance fees. And there were calls, including from institutions such as Legal & General, to allow more flexibility still or remove them from the cap altogether.

The reality is even the theoretical possibility of a breach should keep many schemes on the sidelines. The government would like more of us to have a stake in the pandemic plundering. One way or another, that looks unlikely.