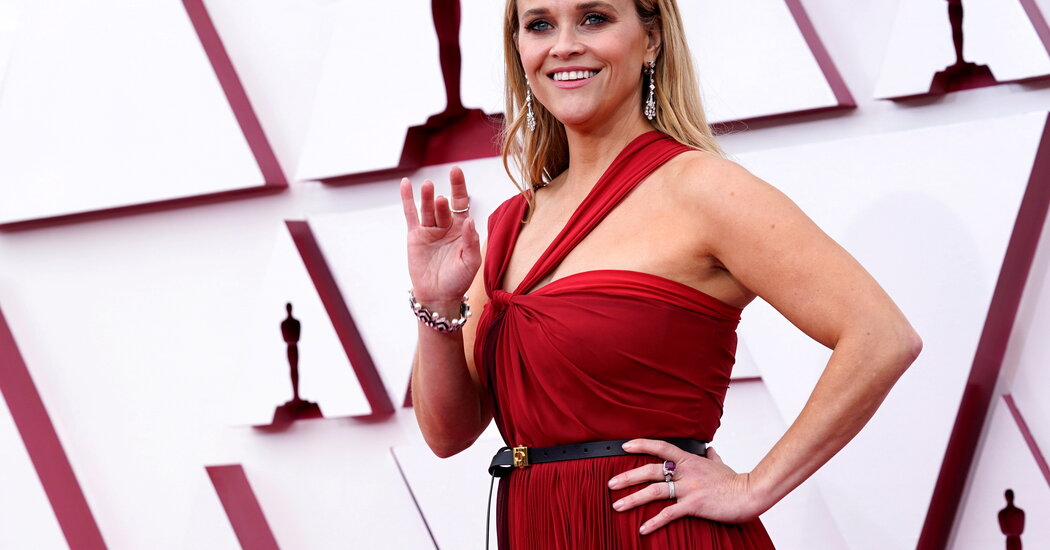 Reese Witherspoon, the Oscar-winning actor who became a force in Hollywood as a producer and an entrepreneur, reached an agreement on Monday to sell her entertainment studio, Hello Sunshine, to a newly created company backed by the investment firm Blackstone Group.

Terms of the sale were not disclosed. Three people with knowledge of the agreement, speaking on the condition of anonymity to describe the negotiations, said the deal valued Hello Sunshine at roughly $900 million.

Ms. Witherspoon started Hello Sunshine in 2016 with the idea of creating movies and shows centered on women. The company gained momentum on the strength of two of its Emmy-winning series, “The Morning Show” for AppleTV+ and “Big Little Lies” for HBO. With the nearly $1 billion agreement, Ms. Witherspoon is moving beyond the roles that made her famous — in films like “Legally Blonde,” “Wild,” “Walk the Line” and “Election” — and into the ranks of Hollywood’s power brokers.

“I am deeply proud of the team that got us to this incredible moment,” Ms. Witherspoon said in a statement, “and I’m thrilled to be working with Blackstone, Kevin and Tom to grow a next-generation media company. They are committed to helping our mission to empower women and the people who celebrate them.”

Blackstone struck an agreement to work with Mr. Mayer and Mr. Staggs in December, and they have been looking for acquisitions since then. With Hello Sunshine as a cornerstone, Blackstone, Mr. Staggs and Mr. Mayer plan to build an independent media company meant to take advantage of the ravenous appetite for content when Netflix, Apple, Disney and Amazon are willing to pay big money for the next streaming hit. Longer term, Blackstone views it as a potential stand-alone public company or acquisition target for an entertainment giant.

“There’s a seemingly endless number of streaming services, all in need of content — and so that megatrend we believe is long-dated and really significant,” said Joe Baratta, the global head of private equity at Blackstone. “And so we’ve been searching for a couple of years, really, how to capitalize on that for our investors.”

Hello Sunshine is also the home of Reese’s Book Club, which has more than two million followers and a corresponding app. Ms. Harden, the chief executive, said in an interview that books could be a big part of a move into commerce.

“I think you’re going to see more from us coming in sort of engagement, events, experiences and commerce that are targeted to a female consumer — and a lot centered around the lifestyle of books and reading,” Ms. Harden said.

For Mr. Mayer and Mr. Staggs, the Blackstone-backed media company, with Hello Sunshine at its center, means a return to entertainment.

Mr. Mayer, who helped engineer Disney’s purchases of Pixar, Marvel and Lucasfilm during his more than 20 years at the company, was once seen as a candidate to succeed to Robert A. Iger as Disney’s chief executive. He was passed over in 2020, when the company selected the head of its theme parks division, Bob Chapek. Mr. Mayer went on to be the chief executive of TikTok, only to resign after three months.

Mr. Staggs, who spent more than 25 years at Disney, was another onetime heir apparent to Mr. Iger. He left Disney in 2016, after a year as its chief operating officer.