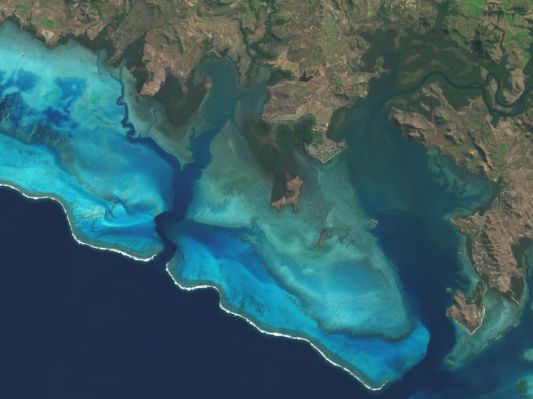 Planet, which operates a network of around 200 satellites that provides Earth imaging, as well as analytics of the data derived from that observation, is going public in a merger with special purpose acquisition company (SPAC) dMY Technology Group IV. The deal has a post-transaction equity value of $2.8 billion, and will provide Planet with $545 million in cash balance at close, including $345 million from dMY IV’s contribution, and a $200 million PIPE provided by BlackRock-managed funds, Koch Strategic Platforms, Marc Benioff’s TIME Ventures and Google.

After a bit of a lull, Planet is now the second significant private space company this week to take the SPAC route to public markets. Both are in the business of Earth observation, though Satellogic, which announced its own SPAC merger on Tuesday, operates on a much smaller scale at the moment. Planet, founded in 2010, has raised around $374 million to date, and operates the largest Earth imaging satellite constellation in operation.

The company’s mission has been to transform the way Earth imaging data is collected and provided to commercial interests here on Earth. Planet’s network can provide a complete scan of all of the Earth’s landmass on a daily basis, and it offers that to customers “via a Bloomer-like terminal for Earth data,” as Planet founder and CEO Wiill Marshall puts it. Access is provided on a subscription basis, and Planet says it generated over $100 million in revenue during its most recent fiscal year, which ended in January.

Planet intends to use the funds resulting from the merger in part to pay down its existing debt, and also to fund its existing operations and “support new and existing growth initiatives.” The aim to to complete the merger sometime later this year, at which point the combined entity will trade under the ticker “PL” on the NYSE.