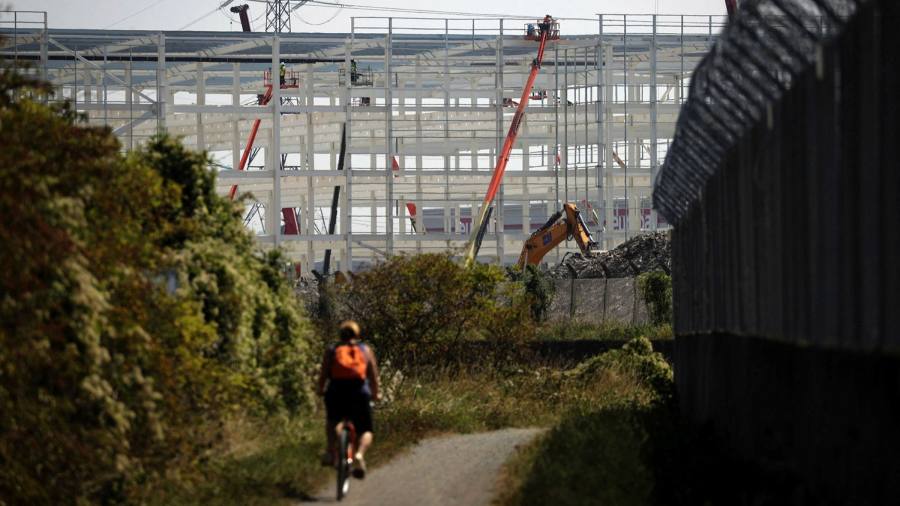 Sign up to myFT Daily Digest to be the first to know about NEST Corp news.

Nest, one of the UK’s largest workplace pension schemes, has announced a £1.5bn private equity spending spree in the biggest move by a British retirement scheme into the asset class.

The £20bn state-backed pension fund with 10m members on Friday launched a search for managers to build its private equity holding, with a target of 5 per cent of the portfolio invested in the asset class by the end of 2024.

Nest already holds private, unlisted assets, such as a £250m stake in private infrastructure equity, as well as private credit, but the scheme is now making its first foray into traditional private equity, where capital will be used to finance innovative and growing businesses.

“We want private equity to play an important role in our portfolio, offering strong returns and diversification,” said Stephen O’Neill, Nest’s head of private markets. “We’re excited about the positive impact we can have on growing companies.”

He said Nest plans to invest at least £80bn across its entire portfolio over the next 20 years, and wants private equity to play an important role in this*. The fund was looking for bidders to present global solutions that would be “evergreen and scale” with Nest over time, Nest added.

Nest’s move into traditional private equity is the first big expansion by a UK defined contribution (DC) pension fund into the asset class and comes alongside a broader government drive to unleash hundreds of billions of pounds of pension cash to fuel economic recovery.

Prime minister Boris Johnson and Rishi Sunak, chancellor, this month issued a call to action to pension funds to direct more of their cash to long-term investments, such as infrastructure and private equity.

DC pensions have until now largely steered clear of private equity because of concerns that performance fees, typically levied by private markets managers, would put them at risk of breaching a 0.75 per cent charge cap on retirement savers’ fees.

“Nest’s drive into private markets is pioneering,” said Esther Hawley, a senior investment consultant with Barnett Waddingham, a professional services firm. “Defined contribution funds (in the UK) have not historically invested in private equity but Nest has the scale to do so.”

Hawley said she did not believe Nest’s foray into private markets would lead to a rush of investment from other DC schemes. “Most schemes do not have the resources or budget like Nest, so I don’t expect a stampede,” she said.

Nest’s plans were unveiled as the UK’s largest private-sector pension scheme this week warned that heavy-handed regulatory interventions could hamper the government’s efforts to fuel economic recovery with pension cash.

The £80bn Universities Superannuation Scheme (USS) warned that a “lack of alignment” between regulators and government policy could act as a deterrent to schemes investing in the “build back better” drive.

The cautious sentiment comes two weeks after the UK competition regulator backed a move by Ofgem, the government’s energy governing body, to slash returns for investors in monopoly energy networks in Britain. The decision will help cut energy bills but could make these kinds of investments less lucrative for savers who invest in their projects.

“We share the government’s view that there is an opportunity to drive growth and prosperity by investing in the UK, and of course for USS this needs to be consistent with our duty to pay the pension promises made to our 476,00 members,” Mike Powell, head of USS’s private markets group, told the Financial Times.

“To maximise the success of this initiative, it will be important for the government to ensure predictable, transparent and stable regulation of infrastructure assets.”

The Financial Times reported this month that some UK pension fund trustees were balking at the government’s effort to widen their investment horizons, warning about potential conflicts of interests for their savers.

*This article has been amended to clarify that Nest plans to invest £80bn across its portfolio over the next two decades.