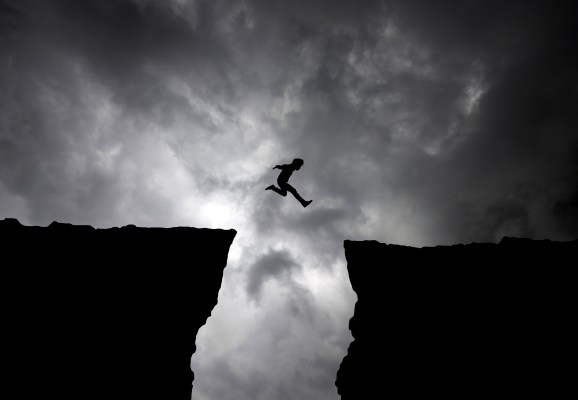 Navin Chaddha is managing partner at Mayfield, an inception and early-stage investor with more than 50 years of a people-first investing philosophy.
More posts by this contributor

Sam Lessin’s post in The Information, “The End of Venture Capital as We Know It,” prompted heated debate in Silicon Valley. He argued that the arrival of new players with large amounts of capital is changing the landscape of late-stage investing for venture capitalists and forcing VCs to “enter the bigger pond as a fairly small fish, or go find another small pond.”

But there’s another important trend developing in venture capital that has even more significant consequences than whether VCs are being forced to fight with bigger, deeper pockets for late-stage investment opportunities. And that is the move away from what has always defined venture capital: taking risks on the earliest-stage companies.

The VC industry at large, instead of taking risks at inception and in the early stages, is investing in later-stage companies where the concept is proven and companies have momentum.

The data indicates investing in early-stage companies is decreasing rapidly. According to data from PitchBook and the National Venture Capital Association, as a percentage of total U.S. venture capital dollars invested, angel/seed stage has reduced from 10.6% to 4.9% over the last three years, early-stage has reduced from 36.5% to 26.1% during the same time period, while late-stage has drastically increased from 52.9% to 69%, coming (as Lessin pointed out) from new players such as hedge funds and mutual funds.

This is happening at a time when there has been a record rate of new business creation. According to the U.S. Census Bureau, seasonally adjusted monthly business applications have been around 500,000 per month from the second half of 2020 to June 2021, compared with 300,000 per month in the year preceding the pandemic.

This data should be a red flag. Venture capital is about investing in risk to help the most innovative, transformative ideas get from concept to a flourishing enterprise. But the VC industry at large, instead of taking risks at inception and in the early stages, is investing in later-stage companies where the concept is proven and companies have momentum.

Here, the skill is more about finance to determine how much to invest and at what valuation to hit a certain return threshold rather than having the ability to spot a promising founder with a breakthrough idea. There’s an important role for late-stage investing, but if that’s where too much of the industry’s focus is applied, we’ll stifle innovation and limit the pipeline of companies to invest in Series B and beyond in the future.

The irony is that there’s never been a better time to be an inception investor given lower capital needs of getting from idea to Series A milestones. Startup costs have been driven down with access to cloud, social, mobile and open-source technologies, allowing entrepreneurs to test ideas and build momentum with small pools of capital.

This has spawned a golden age of innovation and many new trends are emerging, creating a large pool of companies that need money and support to take an idea and turn it into a flourishing business.

It’s also ironic that when we are judged for our prowess as VC investors, the only question that has ever mattered is who was the earliest investor, who had the genius to recognize a brilliant idea. It is not who led the last round(s) before an IPO.

This is not some esoteric argument about venture capital; there will be real consequences for our ability to innovate and invest in areas such as the renaissance of silicon, biology as technology, human-centered AI, unleashing the power of data, climate-friendly investing, saving lives, re-humanization of social media, blockchain and quantum computing.

The VC industry cannot forget its roots. In its early days, it served as the catalyst for the success of iconic companies such as Genentech, Apple, Microsoft, Netscape, Google, Salesforce, Amazon and Facebook. Without these companies, we would not have a biotech industry, the internet, the cloud, social media and mobile computing, all of which have dramatically changed how we live, play and work.

We can’t know the future, but with AI, machine learning and a new generation of semiconductors and materials, we certainly know profound change lies ahead. But it won’t happen if venture capital doesn’t play a major role at a company’s inception. We have to step up and do more to change the discouraging statistics above.

And it’s not just about individual firm glory: If we want the U.S. to maintain its leadership as the innovation engine of the world, the venture industry has to do more to support bold ideas at the earliest stages to give them a shot at succeeding. Maybe it’s time, as Lessin suggested, for VCs to “go find another small pond” or rather swim deeper in the one some of us are already in: the one that is full of inception-stage companies looking for investors who will partner with them throughout their journey.