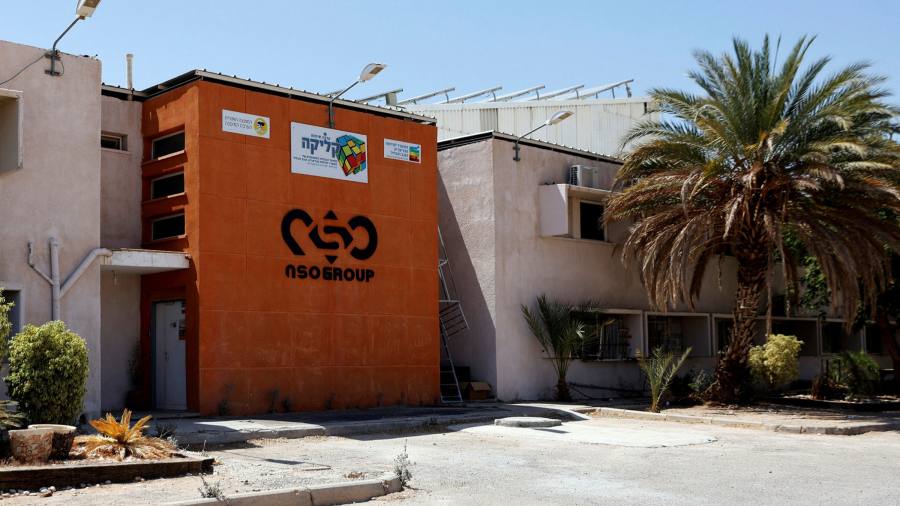 Sign up to myFT Daily Digest to be the first to know about NSO Group Technologies news.

The consultancy firm Berkeley Research Group has been lined up to take control of the private equity fund that owns the Israeli spyware maker NSO Group, in a move that would give the Californian company an important say in NSO’s future.

Investors in the Novalpina Capital private equity fund that bought the surveillance company in 2019 this month took the highly unusual step of ousting Novalpina because of a dispute among its co-founders.

The €1bn fund’s largest investors have now picked BRG to replace Novalpina, two people with knowledge of the matter said, though the decision has not yet been formally approved and investors have until August 6 to vote on the appointment.

If appointed, BRG would be given a mandate to wind up Novalpina’s fund and return the money to investors by selling the three companies it owns, including NSO, for the highest possible price. BRG declined to comment.

NSO faces a lawsuit from Facebook over allegations it used WhatsApp to send malware to more than 1,000 customers, which could complicate any sale process.

This month a report by the journalism non-profit Forbidden Stories and 17 media partners said NSO’s software was used to target the phones of journalists, activists and people close to the murdered journalist Jamal Khashoggi.

NSO has disputed Facebook’s allegations, and described the Forbidden Stories report as “full of wrong assumptions and uncorroborated theories”.

Four people connected to Novalpina, including two of the private equity firm’s co-founders Stephen Peel and Stefan Kowski, have seats on NSO’s board. The RBG deal, if agreed, would probably enable the consultancy firm to replace them, two people involved in the process said.

The move to strip control of the fund from the private equity firm, an extremely unusual step that marked the culmination of months of turmoil at Novalpina, came after investors concluded that relations between its co-founders, Peel, Kowski and Bastian Lueken, had deteriorated so much that they could no longer work together on investments, a person present said.

The vote to oust Novalpina was backed by investors accounting for 99.6 per cent of the fund’s value, two people with knowledge of the matter said.

Novalpina bought NSO Group from the private equity firm Francisco Partners in February 2019, in a deal that valued the company at $1bn.

BRG, which is headquartered in California, advises companies on corporate finance, performance improvement and disputes and investigations according to its website.

Its asset management business “acts as sub-advisors or replacement asset managers specializing in the management of challenged or tail-end investments,” the site says, acting to help “maximize the return of capital to investors.”