Under the terms of a deal unveiled on Saturday morning, Fortress along with Canadian pension fund CPPIB and a unit of Koch Industries will pay 252p a share along with backing a 2p special dividend to buy the grocer. It values the equity of Morrisons at £6.3bn before the inclusion of £3.2bn of net debt.

The Fortress-led bid values Morrisons shares at a 42 per cent premium to their price before the company disclosed the approach from CD&R.

The deal would be the largest UK private equity buyout since KKR bought Boots in 2007 and comes as buyout groups have announced at least 12 UK-listed companies since the start of this year, as Brexit and the pandemic weigh on share prices.

Andrew Higginson, Morrisons chair, said: “We have looked very carefully at Fortress’ approach, their plans for the business and their overall suitability as an owner of a unique British foodmaker and shopkeeper with over 110,000 colleagues and an important role in British food production and farming.”

He added: “It’s clear to us that Fortress has a full understanding and appreciation of the fundamental character of Morrisons.”

As part of the agreement, the investors set out a series of commitments including plans to keep the grocer’s headquarters in Bradford. The group said it would safeguard pensions and was “fully supportive” of the supermarket’s agreement to pay all staff at least £10 an hour.

The Fortress group said it would assess options for the future of Morrisons’ petrol stations within six months of finalising a deal. During that period it would also assess potential acquisitions, and review Morrisons’ long-term plans for its property portfolio. 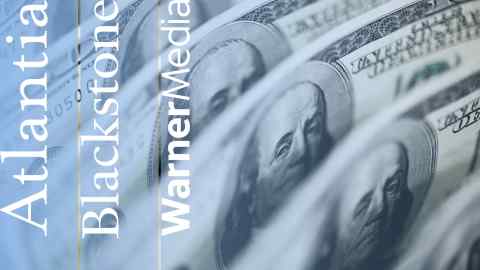 Fortress said it did not anticipate carrying out any “material” sale-and-leasebacks of Morrisons’ stores. Morrisons owns 85 per cent of its 497 stores, and also has one of the UK’s largest food manufacturing businesses.

The new owners would review “incentives structures,” they said.

The Fortress-led group made a total of five approaches for Morrisons, beginning on May 4 when it offered 220p per share, people with direct knowledge of the matter said.

New York-based Fortress had been considering an approach to Morrisons since the end of last year, the people said. It has not previously carried out large UK deals of this kind, but it is looking to the country at a time when Brexit and the pandemic have hit share prices, leaving many UK-listed companies trading at lower multiples than those in the US.

The bidders are putting up over £3bn in equity to finance the deal, of which around half is from Fortress and the remainder split between CPPIB and Koch, the people said. CPPIB is investing through its credit division.

The deal will be financed with £5.75bn in debt, underwritten by HSBC and the Royal Bank of Canada.

Fortress is owned by Japan’s SoftBank, which acquired the business in a $3.3bn deal in 2017 that made it an unusual asset within the technology investor’s portfolio.

Founded by 1998 by a trio of men including Wesley Edens, Fortress manages about $53.1bn in assets and is best known for its work in credit and distressed investing situations.

Fortress pointed to its experience of investing in the US-based supermarkets Albertsons and Fresh & Easy and the petrol station operators United Pacific, Alta Convenience and Circle K. 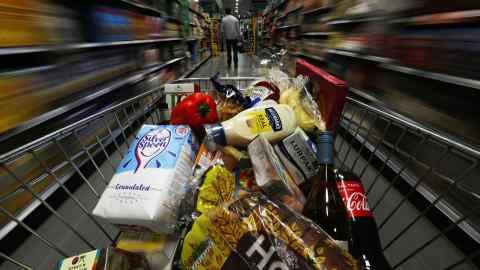 Rival CD&R had previously been given a deadline of 17 July to either make a firm offer for Morrisons or walk away. Now that the board has backed an alternative offer, it is not clear whether CD&R will attempt to disrupt the process with a counterbid during what will be a months-long process of finalising the Fortress deal.

Mark Kelly, a managing director at Cowen, said in a note on Saturday that the Fortress bid may not be the end of the game.

“There have been recent calls from shareholders to look at prices like 270p as being appropriate,” he said.

“It is likely that Morrisons’ board saw there was a lack of tension in the absence of competition — and therefore once one [private equity] bidder tabled an offer in an acceptable range, it is an appropriate tactic to accept this, make it public, and hope that a competitive auction then ensues.”

Ross Hindle, analyst at Third Bridge, said it would be telling to see how Amazon reacted to the news. “They are a key partner to Morrison’s, with much speculation that they might make a bid,” he said.

Morrisons’ largest shareholder is Silchester, a low-profile London-based asset manager that owns a 15 per cent stake. The company did not immediately comment on the Fortress bid.

The deal would need the approval of 75 per cent of Morrisons’ shareholders under a takeover mechanism known as a scheme of arrangement.

Morrisons’ management team, led by chief executive Dave Potts, has received kudos for its attempt to turn around the business since 2015 but has failed to win over investors.

Before the CD&R approach was revealed shares had been trading lower than they were when Potts took over.

In the year to the end of January, Morrisons reported sales of £17.5bn and net income of £96m. The grocer faced a shareholder revolt over its pay arrangements in June.