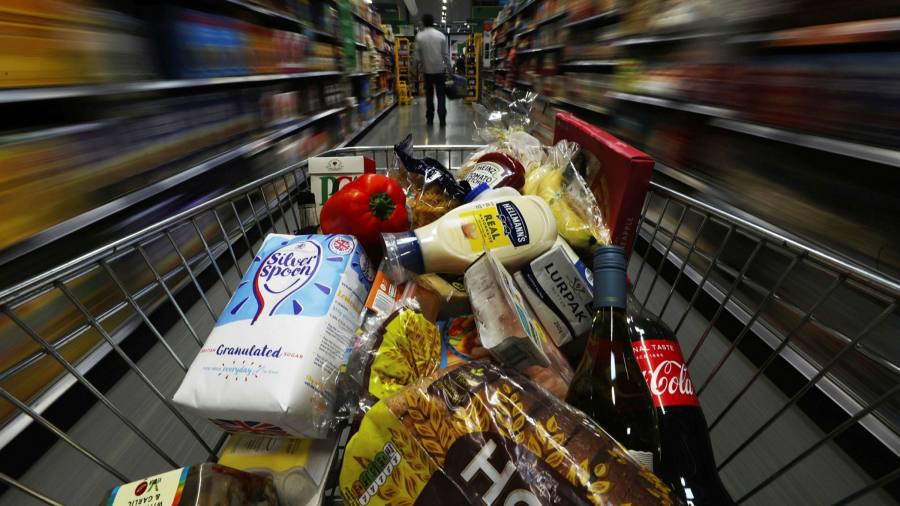 Why weren’t all UK fund managers invested in Wm Morrison when the recent bid for the supermarket chain came in?

I wrote about this last week — suggesting fund managers have little grounds for complaint about losing out on the initial price rise or on any further increases should a buyout go ahead at some point.

But there is another way to look at it. You could argue that companies are worth more to private equity companies than public shareholders. There are a couple of reasons for this. One is volatility. Publicly listed shares are volatile. Private equity holdings, which aren’t priced very often, are not.

Another is the one-owner effect: disparate groups of shareholders find it hard to force management to do their bidding. PE owners (holding 100 per cent of a company and speaking with one voice) do not.

Then there is financial engineering — PE is less wary of debt than perhaps it should be. As its managers tend to encourage higher levels of debt, they put a higher value on steady cash flow (required to pay the interest on that debt) than perhaps the public market does.

PE managers will also tell you they are not just lucky accountants with easy access to cheap money, but better managers than anyone else.

More cynically you might just say that companies have more value to PE than traditional managers because they get to charge higher fees for holding them. Mix all this up and even with some very large pinches of salt, it feels like there is some sense in the idea that a PE manager should pay more to take a firm private than a traditional manager will pay to keep it public.

I don’t buy all of it of course. I am, for example, buried under missives from fund managers telling me about their active ESG policies at the moment. Believe the PR and you must believe they all spend most waking hours haranguing company managers about various bits of do-goodery — and that they do this with significant success.

But if their voice works so well with this, why doesn’t haranguing companies about their balance sheet structure and business practices work? We will have to leave that as one of the great mysteries of finance — it’s a long list — and accept it as just the way it is. If it were not, no public companies would ever be taken private by PE.

However, as Pelham Smithers of Pelham Smithers Associates points out, there is another complication here. The criteria on which PE target companies are valued in the market is not exactly a secret. The “knowledge is distributed around the market”. Everyone knows the current price of a listed company, the price they themselves would pay, and the price a PE firm could pay.

The challenge then is to figure out if the PE investor will end up paying that price: it’s about assigning a value to the likelihood of a bid. That means thinking pricing probabilities.

Back to Morrisons. “The chances of it being bid for are now 100 per cent,” points out Smithers. What was it before? Obviously very much lower. The company had a low-grade Covid experience — profits fell by 50 per cent last year, which meant it didn’t look particularly cheap on conventional valuation measures.

If fund managers figured the probability of a bid was therefore quite low they put a lower value on the shares than they would otherwise — something that, of course, then made it more attractive to private equity. So the managers who weren’t holding Morrisons last week were guilty — guilty of getting their probability calculations wrong.

Nonetheless, the key point is that any fund managers interested in value have a problem. Buying what look like cheap stocks and waiting for them to go up without correctly calculating the odds of the arrival of a catalyst can present what we might call material career risk.

As several readers have pointed out — and I suspect there are ex-fund managers or even frustrated current fund managers among them — to survive you have to deliver performance year in year out.

If you don’t, money will head for the doors — the same exit you will also eventually be pointed towards. If you are going to go for value then you have to be able to identify some kind of catalyst for that value to be released — or at least made obvious to the rest of the market.

You have to know that private equity is on the way or that an activist investor is about to kick up a stink within a year or so. Without that certainty about both value and change you have to leave the value on the table — and stick with buying shares in companies that are showing obvious growth (just like everyone else).

So mostly you leave the value on the table. Even the most determined of value investors have to recognise this. Look to the Scottish Investment Trust (which I hold) and its high conviction, contrarian value approach for example.

We never buy a stock just because it is cheap, says the trust’s manager, Alasdair McKinnon. “The quantitative appeal of the valuation must be mirrored by qualitative attractions such as strong leadership or enduring competitive advantage. Crucially, there must be clear catalysts for improvement; we want the company to positively surprise.”

Even that isn’t always enough of course: McKinnon’s trust has done well in the last six months but underperformed over three and five years. The board — while not necessarily planning to change manager — are inviting alternative management proposals. See why most managers end up leaving value on the table?

That’s bad news for most fund investors. But here’s the thing: it is really good news for the kind of investors who are happy buying individual shares. You can wait three years, five years or even more for the catalyst — particularly if you are collecting dividends along the way.

You need some certainty about value — but very little about change. No time-sensitive probability calculations are required. In some sense then, your calculations of value are closer to those of a PE investor than a fund manager — you can pay a little more than they can.

How do you capitalise on this? The UK market is particularly vulnerable to PE at the moment as it’s one of the cheapest global markets. So a FTSE 100 ETF isn’t a bad way to start (you’ll get a bit of all uplifts).

The brave and patient can go a step further, recognise that they don’t need “clear catalysts” and make their own portfolio of cheap stocks. Choose your long-term target — McKinnon suggests engineering group Babcock. The shares are down 70 per cent in the last five years. No one has much good to say about the firm or its accounting. But it has a perfectly good new management team. That team might improve matters. Or a PE buyer might. Buy and wait.