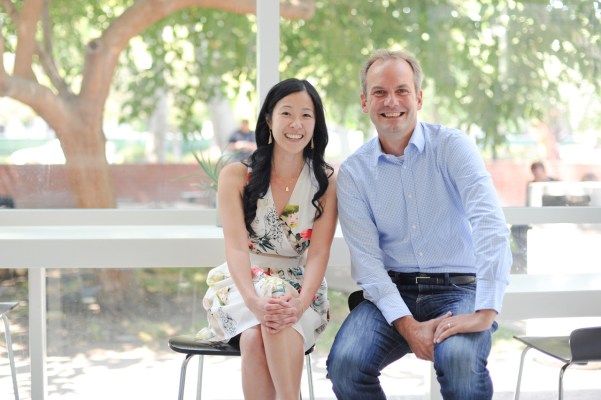 Early-stage investor Version One, which consists of partners Boris Wertz and Angela Tran, has raised its fourth fund, as well as a second opportunity fund specifically dedicated to making follow-on investments. Fund IV pools $70 million from LPs to invest, and Opportunities Fund II is $30 million, both up from the $45 million Fund III and roughly $20 million original Opportunity Fund.

Version One is unveiling this new pool of capital after a very successful year for the firm, which is based in Vancouver and San Francisco. 2021 saw its first true blockbuster exit, with Coinbase’s IPO. The investor also saw big valuation boosts on paper for a number of its portfolio companies, including Ada (which raised at a $1.2 billion valuation in May); Dapper Labs (valued at $7.5 billion after riding the NFT wave); and Jobber (no valuation disclosed, but raised a $60 million round in January).

I spoke to both Wertz and Tran about their run of good fortune, how they think the fund has achieved the wins it recorded thus far and what Version One has planned for this Fund IV and its investment strategy going forward.

“We have this pretty broad focus of mission-driven founders, and not necessarily just investing in SaaS, or just investing in marketplaces, or crypto,” Wertz said regarding their focus. “We obviously love staying early — pre-seed and seed — we’re really the investors that love investing in people, not necessarily in existing traction and numbers. We love being contrarian, both in terms of the verticals we go into, and the entrepreneurs we back; we’re happy to be backing first-time entrepreneurs that nobody else has ever backed.”

In speaking to different startups that Version One has backed over the years, I’ve always been struck by how connected the founders seem to the firm and both Wertz and Tran — even much later in the startups’ maturation. Tran said that one of their advantages is following the journey of their entrepreneurs, across both good times and bad.

Wertz also discussed the knack Version One seems to have for getting into a hot investment area early, anticipating hype cycles when many other firms are still reticent.

“We went into crypto early in 2016, when most people didn’t really believe in crypto,” he said. “We started investing pretty aggressively in climate last year, when nobody was really invested in climate tech. Having a conviction in a few areas, as well as the type of entrepreneurs that nobody else really has conviction is what really makes these returns possible.”

Since climate tech is a relatively new focus for Version One, I asked Wertz why they’re betting on it now, and why this is not just another green bubble like the one we saw around the end of the first decade of the 2000s.

“First of all, we deeply care about it,” he said. “Secondly, we think there is obviously a new urgency needed for technology to jump into what is probably one of the biggest problems of humankind. Thirdly, is that the clean tech boom has put a lot of infrastructure into the ground. It really drove down the cost of the infrastructure, and the hardware, of electric cars, of batteries in general, of solar and renewable energies in general. And so now it feels like there’s more opportunity to actually build a more sophisticated application layer on top of it.”

Tran added that Version One also made its existing climate bet at what she sees as a crucial inflection point — effectively at the height of the pandemic, when most were focused on healthcare crises instead of other imminent existential threats.

I also asked her about the new Opportunity Fund, and how that fits in with the early-stage focus and their overall functional approach.

“It doesn’t require much change in the way we operate, because we’re not doing any net new investments,” Tran said. “So we recognize we’re not growth investors, or Series A/Series B investors that need to have a different lens in the way that they evaluate companies. For us, we just say we want to double down on these companies. We have such close relationships with them, we know what the opportunities are. It’s almost like we have information arbitrage.”

That works well for all involved, including LPs, because Tran said that it’s appealing to them to be able to invest more in companies doing well without having to build a new direct relationship with target companies, or doing something like creating an SPV designated for the purpose, which is costly and time-consuming.

Looking forward to what’s going to change with this fund and their investment approach, Wertz points to a broadened international focus made possible by the increasingly distributed nature of the tech industry following the pandemic.

“I think that the thing that probably will change the most is just much more international investing in this one, and I think it’s just a direct result of the pandemic and Zoom investing, that suddenly the pipeline has opened up,” he said.

“We’ve certainly learned a lot about ourselves over the past year and a half,” Tran added. “I mean, we’ve always been distributed, […] and being remote was one of our advantages. So we certainly benefited and we didn’t have to adjust our working style too much, right. But now everyone’s working like this, […] so it’s going to be fun to see what advantage we come up with next.”