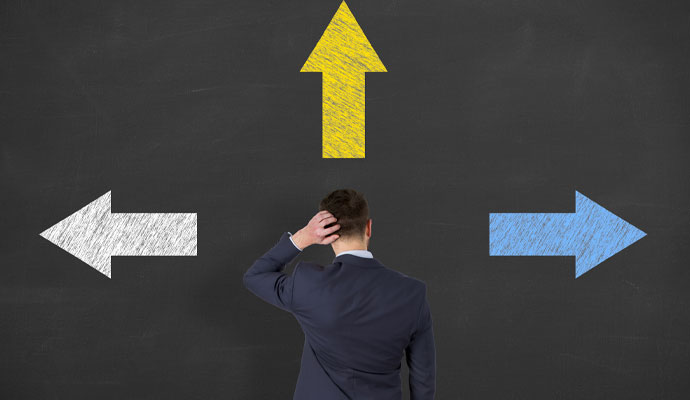 Say what you will about economist Milton Friedman’s position on the responsibility of business, the idea that increasing profit within the rules of the game was the sole and righteous goal of executives clearly simplified leadership values and ethics. I suspect that is one less-recognized reason that so many CEOs avidly embraced Friedman’s monolithic view for so long. But now as more and more leaders are expanding the scope of their responsibilities and companies are adopting—and compensating leaders on—ESG (environmental, social, and governance) metrics, an increasing number of thorny ethical dilemmas are sure to come along with it.

G. Richard Shell, chair of Wharton School’s Legal Studies and Business Ethics department, pointed out during a recent interview for this column two generic types of ethical problems that leaders face. One type involves a personal problem in which the leader is aware of an ethical lapse—perhaps a colleague’s conflict of interest or behavior that puts the company at risk. “Class one ethical dilemmas are ones in which executives feel the burden of their own conscience,” explains Shell. “These problems have an emotional quality to them. You feel the tug of conflicting loyalties, or you feel guilty if you don’t do something.”

The second type of dilemma is organizational in nature. “Class two involves values that relate to the firm and its relationship to society,” Shell says. “They more often have to do with your responsibilities to the firm, its brand and stakeholders, and its code of conduct in terms of the firm’s social role. They are more cognitive than emotional because you have to process costs and benefits.” Coca-Cola’s response to Georgia’s voting rights bill is an example of this kind of dilemma.

Although the two kinds of ethical dilemmas have different dimensions, they can be assessed using the same framework, according to Shell. He calls the framework CLIP—consequences, loyalties, identity, and principles—and describes it in his new book, The Conscience Code: Lead with Your Values, Advance Your Career.

The consequences element answers the question What is the balance of harms? Consequences are the most obvious and intuitive element of CLIP, and its philosophical base harkens back to the utilitarian roots of Jeremy Bentham and John Stuart Mill. It weighs the intended and, with more effort, the unintended outcomes of an action. “In a business school, you find students racing to consequences, debating them, and then they think they are done,” Shell says. “But that is because so many business decisions are done once you weigh the consequences. But ethical ones go deeper and wider.”

The loyalties element answers the question What duties do I owe to others? Its philosophical roots lie in Confucianism and Asian culture, and it plays a major role in ethical decision-making because people often have strong feelings of loyalty to their bosses, teams, and companies. “Loyalty is something that people need to process in order to both overcome it and to define solutions to ethical dilemmas,” explains Shell. “Once you make a decision you still have to execute it, and having loyalty in mind, you can sometimes do it in a way that minimizes human damage.”

Identity answers the question Can I live with this decision? Identity is rooted in the Aristotelian concept of virtue and incorporates who you are into the assessment of ethical dilemmas. “I make a big deal in the book about thinking of yourself not as a member of a business community exclusively, but as a member of a business community who is a person of conscience,” Shell says. “I’m trying to evoke identity so that we think of ourselves as people with values, who will have to live with ourselves the next day, after making whatever the decision is today. People who don’t think that through are the ones who end up feeling a lifetime of remorse.”

Increasingly, we are asking our leaders to be people of conscience, not just stakeholder managers.”

The last element, principles, answers the question Is there a principle at stake that must not be compromised? It encompasses codes of conduct, like the Ten Commandments of the Judeo-Christian tradition. “It helps when decision makers have principles that they can refer to and that justify decisions in a way they can articulate and defend tomorrow,” Shell explains. “Principles as a decision-making mode has to do with logic, consistency, and interpretation. Sometimes, they also allow leaders to offload the emotional component of difficult decisions.”

Answering the four questions of the CLIP framework isn’t necessarily difficult. But balancing and prioritizing the answers is rarely easy. “If you come to one of our business ethics seminars, you will find at least seven people who’ve made tenure struggling to solve that part of the equation. It a big problem because in the end, all moral decision-making is indeterminate,” says Shell. “If we had a formula, AI could do it for us. But we don’t, and now we see coders having to make moral choices.”

After all is said and done, leaders—and coders—must use their best judgment. “You have to do your best to think it through. You consult with the people you have available to consult with, and you work with all the time you have available to work with, and then you find a balance based on the situation,” says Shell. “Leaders get paid a lot to make decisions, and the reason is that they are on the hook for those decisions. Increasingly, we are asking our leaders to be people of conscience, not just stakeholder managers.”