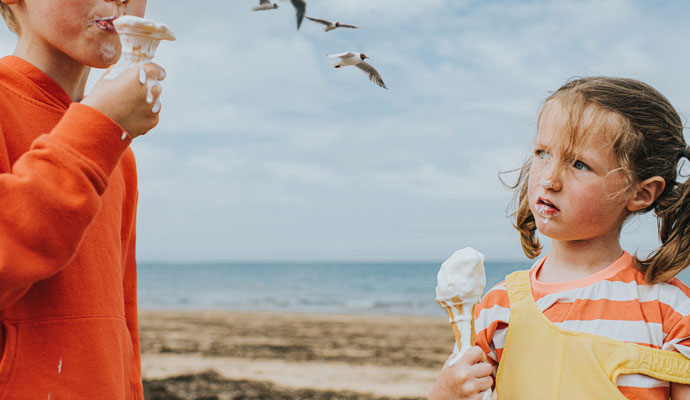 Wanting: The Power of Mimetic Desire in Everyday Life

In the new book Wanting, Luke Burgis, entrepreneur-in-residence and director of programs at the Catholic University of America’s Busch School of Business, takes readers down the rabbit hole of mimetic theory. Developed by French social scientist and philosopher René Girard in the 1960s and 1970s, mimetic theory seeks to explain human relations and culture in terms of desire. Girard’s theory and Burgis’s book are worthy of executive attention because they offer leaders insights into their own behavior and careers, as well as the behavior of the many stakeholders they are charged with understanding and influencing.

Our desires—above and beyond our innate human needs—are the driving force of mimetic theory. Girard’s analysis starts out, innocently enough, by suggesting that desire, which shapes every aspect of our lives, stems from observing other people and adopting them as models in an often-unconscious manner.

In short, what we want is what someone else has. The 1957 film Will Success Spoil Rock Hunter? offers a satirical example that may hit uncomfortably close to home for some leaders. Tony Randall plays a lowly ad man who desires an executive’s salary and prestige. But when he hits upon a scheme to promote a client’s lipstick using Jayne Mansfield’s lips and then rockets to the top spot in his Madison Avenue agency, he wonders why he wanted to get there in the first place. He leaves to raise chickens.

Girard’s theory isn’t as humorous. He argued that mimetic desires spawn rivalries as people vie to realize their ambitions. Sometimes, when the resources desired are limited, the competition intensifies into conflict. And because most people don’t understand or admit the true nature of the resulting conflicts, they scapegoat others. Girard believed these innocents are unjustly sacrificed in a kind of relief valve for societal pressure. Witness the Holocaust and Nazi Germany’s demonization of Jews.

Girard went on to identify Judeo-Christianity as a historical aberration that subverted the scapegoat process. With the crucifixion of Jesus, the sacrifice of scapegoats was revealed as an unjust mechanism, writes Burgis, and “a veil was lifted on the recurring cycle of violence in human history.” (Unfortunately, lifting the veil has eliminated neither the scapegoating nor the violence.)

Like Girard, Burgis sees mimetic desire everywhere, and he interprets all sorts of events through its prism, including his own entrepreneurial ambitions. After Burgis started several companies, those ambitions almost came to full-blown fruition when Tony Hsieh and Zappos agreed to acquire his e-commerce wellness company, Fit Fuel. The deal fell through during the Great Recession, Fit Fuel closed down, and Burgis reappraised his desires. Burgis also pegs the difficulties that companies like Zappos have run into in implementing holacracy and the success of the Montessori educational method to mimetic desire, although not always convincingly. Whether or not you come to see all of society as a reflection of mimetic desire, a clear awareness of how it may be influencing your decisions is sure to come in handy.

If you don’t know why you want what you want, it’s hard to set and prioritize your goals and evaluate the actions you take to reach them. Are billionaires launching themselves into space because, as kids, they unconsciously adopted John Glenn and Neil Armstrong as mimetic models? Did Richard Branson race to beat Jeff Bezos because of mimetic rivalry?

It could be that Branson is smarter than that. Maybe he knows that those who are less aware of the sources of their desires are more prone to being influenced by promotional stunts and other marketing tactics, and figures that Virgin Galactic and by association, the rest of his companies, stand to benefit. “Mimetic desire operates in the dark. Those who can see in the dark take full advantage,” writes Burgis.

Mimetic desire operates in the dark. Those who can see in the dark take full advantage.”

Great marketers are certainly masters of mimetic manipulation. Burgis points to Edward Bernays, the public relations pioneer, as a prime example. In 1929, when the American Tobacco Company realized that breaking the taboo against women smoking in public could generate beaucoup revenue, it hired Bernays’s firm. He convinced 30 New York City debutantes to join the Easter parade and light up Lucky Strikes—and arranged to have them photographed. The next day, the photos of the debs smoking their “torches of freedom” appeared in newspapers across the country. Sales of Lucky Strikes tripled by the following Easter.

Facebook and Twitter are also notable examples of the power of mimetic desire. “Mimetic desire is the real engine of social media,” writes Burgis. “Social media is powerful because it’s social mediation. It’s full of models who mediate our desires. Every time we see our neighbor post about a new Netflix show that she loves, we’re not just consuming media. We’re consuming desires.”

Much of Wanting is devoted to translating and illustrating Girard’s theories in a consumable way, and Burgis does a fine job at that task. The book’s most salient point, even if it is somewhat opaque, is that leaders choose to pursue what Burgis calls transcendent desire: “Magnanimous, great-spirited leaders are driven by transcendent desire—desire that leads outward, beyond the existing paradigm, because the models are external mediators of desire. These leaders expand everyone’s universe of desire and help them explore it.”